Fragments of Old Comedy, Volume I: Alcaeus to Diocles 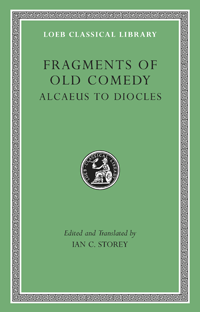