The treatises on natural phenomena, Naturales Quaestiones, are collected in Volumes VII and X of the Loeb Classical Library's ten-volume edition of Seneca. 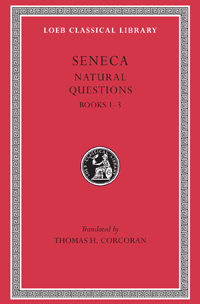