Plotinus, Ennead, Volume I: Porphyry on the Life of Plotinus. Ennead I

Plotinus (204/5–270 CE) was the first and greatest of Neoplatonic philosophers. His writings were edited by his disciple Porphyry, who published them many years after his master's death in six sets of nine treatises each (the Enneads). 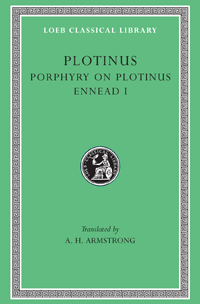