Plutarch, Moralia, Volume XI: On the Malice of Herodotus. Causes of Natural Phenomena 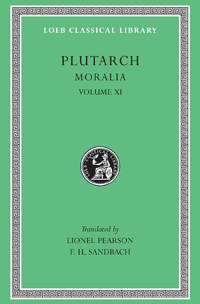