Cicero, On Invention. The Best Kind of Orator. Topics 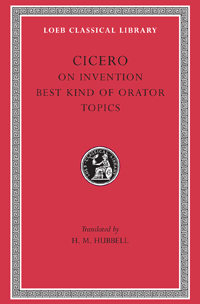