Procopius, The Anecdota or Secret History 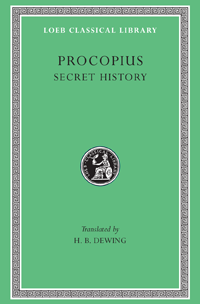