Philo, On Abraham. On Joseph. On Moses 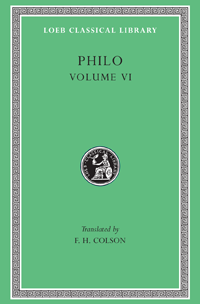