Cicero, On the Nature of the Gods. Academics 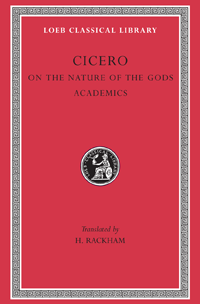