Philo, On the Confusion of Tongues. On the Migration of Abraham. Who Is the Heir of Divine Things? On Mating with the Preliminary Studies

Philo. On the Confusion of Tongues. On the Migration of Abraham. Who Is the Heir of Divine Things? On Mating with the Preliminary Studies. Translated by F. H. Colson, G. H. Whitaker. Loeb Classical Library 261. Cambridge, MA: Harvard University Press, 1932. 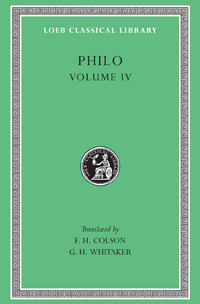