Philo, On the Unchangeableness of God. On Husbandry. Concerning Noah's Work As a Planter. On Drunkenness. On Sobriety 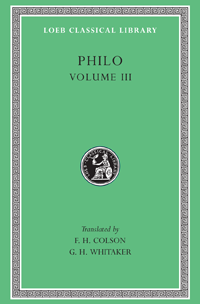