Philo, On the Cherubim. The Sacrifices of Abel and Cain. The Worse Attacks the Better. On the Posterity and Exile of Cain. On the Giants

Philo. On the Cherubim. The Sacrifices of Abel and Cain. The Worse Attacks the Better. On the Posterity and Exile of Cain. On the Giants. Translated by F. H. Colson, G. H. Whitaker. Loeb Classical Library 227. Cambridge, MA: Harvard University Press, 1929. 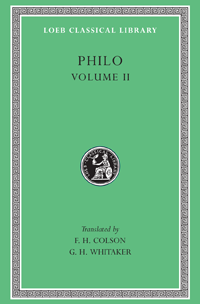