Cicero, The Verrine Orations, Volume I: Against Caecilius. Against Verres, Part 1; Part 2, Books 1-2 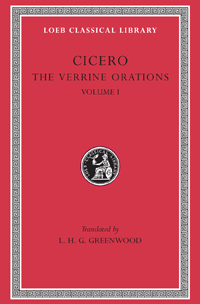