Cicero, On the Republic. On the Laws 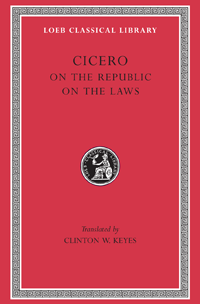