Josephus, The Life. Against Apion 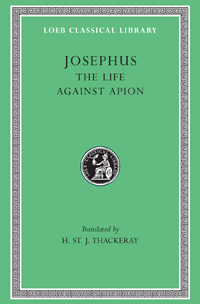