Cicero, On Old Age. On Friendship. On Divination 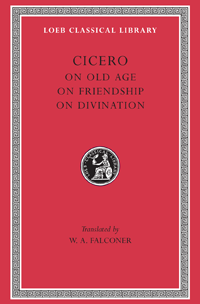