Of his total of about eighty plays, seven survive complete. The second volume contains the complete Oresteia trilogy, comprising Agamemnon, Libation-Bearers, and Eumenides, presenting the murder of Agamemnon by his wife, the revenge taken by their son Orestes, the pursuit of Orestes by his mother’s avenging Furies, his trial and acquittal at Athens, Athena’s pacification of the Furies, and the blessings they both invoke upon the Athenian people. 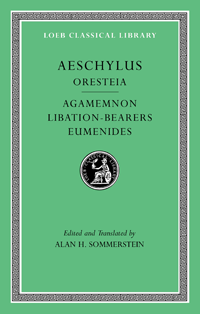