Polybius, The Histories, Volume I: Books 1-2 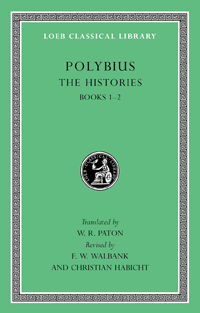