Xenophon's is a true story of remarkable adventures. Hellenica, a history of Greek affairs from 411 to 362, begins as a continuation of Thucydides' account. There are four works on Socrates (collected in Volume IV of the Loeb Xenophon edition). In Memorabilia Xenophon adds to Plato's picture of Socrates from a different viewpoint. The Apology is an interesting complement to Plato's account of Socrates' defense at his trial. Xenophon's Symposium portrays a dinner party at which Socrates speaks of love; and Oeconomicus has him giving advice on household management and married life. Cyropaedia, a historical romance on the education of Cyrus (the Elder), reflects Xenophon's ideas about rulers and government; the Loeb edition is in two volumes. 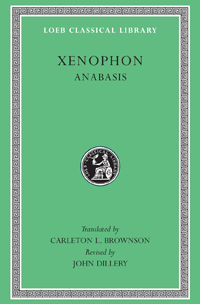