The Loeb Classical Library edition of Pliny the Younger is in two volumes; the second contains Books VIII–X of his Letters and Panegyricus. 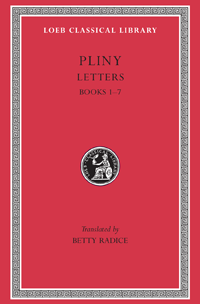