Plutarch, Lives, Volume I: Theseus and Romulus. Lycurgus and Numa. Solon and Publicola 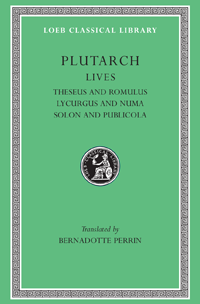