Apollonius Rhodius’s Argonautica, composed in the 3rd century BCE, is the epic retelling of Jason’s quest for the golden fleece. Along with his contemporaries Callimachus and Theocritus, Apollonius refashioned Greek poetry to meet the interests and aesthetics of a Hellenistic audience, especially that of Alexandria in the Ptolemaic period following Alexander’s death. In this carefully crafted work of 5,835 hexameter verses in four books, the author draws on the preceding literary traditions of epic (Homer), lyric (Pindar), and tragedy (especially Euripides) but creates an innovative and complex narrative that includes geography, religion, ethnography, mythology, adventure, exploration, human psychology, and, most of all, the coming of age and love affair of Jason and Medea. It greatly influenced Roman authors such as Catullus, Virgil, and Ovid, and was imitated by Valerius Flaccus.

This new edition of the first volume in the Loeb Classical Library offers a fresh translation and improved text. 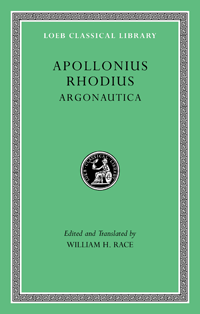